As I write this, gusts of wind are howling, beating against my drafty windows, blowing billows of snow down the deserted streets of the Minnesota college town I live in, bringing with it arctic temperatures from the frozen tundras of northern Manitoba. It seems as if the "Great White North" has been sharing this with the northern sections of the States quite a lot this winter. Lately, I have found myself fascinated with Canada.

I have visited the country a few times in the past, and I have always found it a very interesting experience, both familiar, and quirky in its own unique ways. On a foray into Vancouver, my friend's laptop was boosted from our car. On a trip to Winnipeg, we had high tea at a historic house on the Red River. On a drive through Southern Ontario, we stopped in London and bought maple cookies at the market, then visited Niagara Falls. Whenever traveling in Canada, I have taken to asking for the washrooms, if needed, just to make sure that I could blend in. I also love the money, both the coins and the fun, colorful bills. I mean, they have a cool nickname for the dollar coin, I think Americans often forget we even still have those (I think they come mainly from change machines).

As a Minnesotan, I do not think it is too much to say that I feel a certain affinity to Canada and Canadian culture; both of us stereotypically polite Northern people with funny accents and a liking for hockey. According to "American Nations," a book I've been slightly obsessed with since I read it back in 2012, Minnesota shares a common culture with at least some of the Canadian provinces. I grew up with the Red Green Show on Channel 2 (I thought it was from Minnesota) and later, my Mom binged on HGTV shows, many of which originate in Canada; I'd arrive home, and there would be a group of people discussing renovations on their houses in obvious Canadian accents. Some of my favorite music came out of Canada; the Weakerthans in particular.

Last summer, I took a family road trip to Toronto. My parents, my sister and I piled into the car, for the first time in about five or six years and went on a vacation. For a lot of reasons, it was a stressful trip but it was also great to have the chance to share our travels once again, seeing the sites and exploring. The trip was interesting; we went through Wisconsin, across the Upper Peninsula of Michigan, and crossed the border at Sault Ste. Marie. We then drove across Ontario, camping at St. Joseph’s Island and spent several days in Toronto. On the way home, we camped at a few more Provincial parks in Ontario, driving along the utterly majestic upper coast of Lake Superior and stopping in Thunder Bay before returning home. 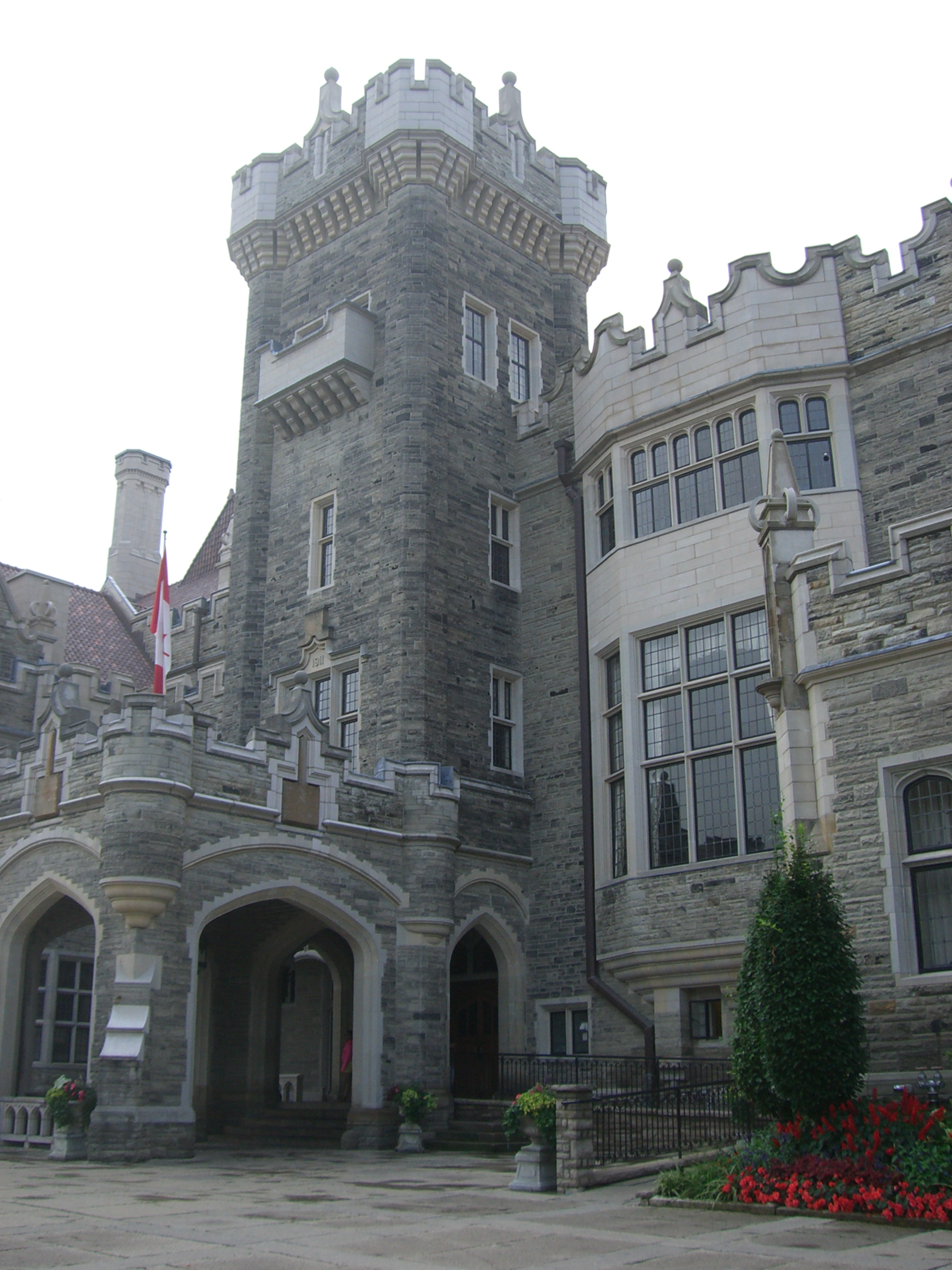 Toronto was an amazing city, a huge urban area of which we only explored a tiny percentage; it was dynamic and vast, teeming with people from around the world, its skyline dotted with cranes and construction. Toronto is growing faster than any other city in North America, and it looks it. In spite of the hot, humid weather, we explored as much as we could. We took a ghost tour of downtown, visited the Royal Ontario Museum and the Art Gallery of Ontario, the St. Lawrence Market, and Casa Loma, saw a comedy show at Second City improv.  We got three parking tickets and saw a guy peeing on a church. All in all, a wonderful few days in an intriguing, diverse city, and my exploration has only begun with one trip.

After I returned home, I decided to continue exploring Canada by taking the time to read a little fiction written by Canadians and set in Canada to get a better understanding of the country. I chose a selection that would provide a wide variety of authors, genres, and topics to get a nice selection of Canadian topics.

A few a chose were semi-biographical, slice of life novels and short stories, which I hoped would capture the feeling of life in the various provinces. The Traveller's Hat by Liza Potvin, for instance, is a collection of stories involving the aspect of travel in life, so I felt it would be particularly relevant. Indeed, Potvin's stories are set in Ontario and British Columbia, as well as in other locations around the world. While the stories were melancholy and dealt with similar themes (problems with relationships and family, lack of fulfillment), it was a very interesting way to view Canadian life from the inside.

In contrast, the semi-autobiographical novel "How Should a Person Be," by the Toronto writer Shelia Heti, subtitled "A Novel from Life" offers insights that resonate throughout modern North America. Heti's novel is an difficult and fascinating work, both enigmatic and banal, erudite and vapid, meditating on the meaning of art and creativity; her viewpoint character comes across as insecure and vain, sensitive and insightful. Here, it is hard to tell what is effected and what is genuine- like a lot of creative non-fiction writers, I feel, Heti explores the inability of people to truly understand their own lives, let alone reality. Sheila writes "I like boring people. I think it's a virtue,"  I ended up feeling both entranced and appalled by the meandering, thoughtful accounts of modern existential angst.

I, of course, included the modern representative of  Canadian literature, Margaret Atwood, and listened to audiobook production of her collection of short stories, "Moral Disorder," another semi-autobiographical work. The stories follow a Canadian woman throughout her life, moving forward and backward through time and memory, reflecting on her relationships to her mother, father, sister, lover, and other important people in her life. Compared to the unsettled young-adult aimlessness of "How Should a Person Be?" these stories are deeply about a person's connection to others whereas Heti's character found difficulty connecting. Finally, Joey Comeau's "Overqualified," a collection of deliciously off kilter cover letters written to a variety of corporations and entities, from Nintendo to the Canadian oil company Irving Oil also delves into those little differences and quirks and similarities of Canadian life in comparison to the States.

Canada also seems to be producing a good number of comic book artists; as a fan of the Scott Pilgrim series, I checked out Jason Lee O'Malley's first book "Lost at Sea." While not as fun or as genre defying as Scott Pilgrim, "Lost at Sea" is a short, self-contained, introspective story featuring a group of young Canadians taking a road trip through the U.S. An interesting comparison to my own trip! Jeff Lemire's "The Complete Essex County," which may have turned out to be among my favorite graphic novels, is a masterful portrait of a rural Ontario community and the sad and eccentric people who call it home; it was a great way to explore the similarities and differences; while the stories were definitely Canadian, focusing on hockey among other things, many of the elements of the rural Essex County were familiar to rural Minnesota as well. Lemire's art work is haunting with its stark lines and characterizations. Of course, I am a great fan of the online work of Kate Beaton, so I really enjoyed her collection of "Hark! A Vagrant!" As a bit of a history nerd, her hilarious and irreverent accounts of literature, history, and historical figures are great, and she is particularly adept at skewering the topic of Canadian history, and her work definitely provided a lot of background material, plus laughter, of course.