[This a crosspost with MSP Reading Time, the book segment of my Twin Cities blog, Minneapolis-St. Paul Adventure Time.]

Over on my Twin Cities blog, I wrote about attending the recent launch of the Minnesota Historical Society's new publication, Downtown Minneapolis in the 1970s, at the Mill City Museum. Photographer Mike Evangelist, who worked downtown in the '70s and took many pictures on his breaks, and writer Andy Sturdevant put together this awesome book and discussed the background of the photos and the world they came out of. Read more over here! 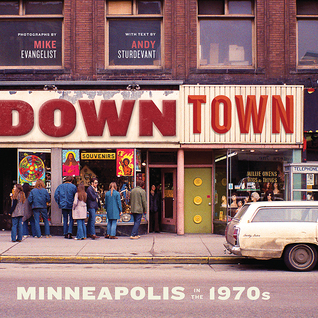 In spite of never having lived in the decade, I have always found it fascinating, so seeing so clearly what the area I now live in looked like forty years ago, as the old city of Minneapolis was in the transitional stage to the corporate, modern city we know today was really cool. There seems to be some similarities between this uncertain decade and the transitions going on in it, with today. 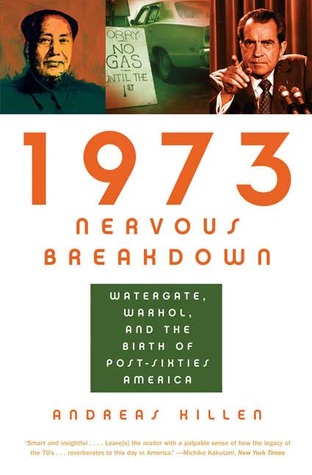 This was the intriguing argument of historian Andreas Killen's 1973: Nervous Breakdown, which posited that the year 1973 marked the transition between the modern and the postmodern worlds.

As one of the biographies of a certain specific year in the western calendar, it was pretty convincing, connecting threads regarding fears of terrorism, renewable energy in a time of shortage, and political gridlock and distrust after Watergate.

The chapter on fears of cults was particularly interesting, and I also enjoyed Killen's ability to draw in pop culture items of the day to explore the evolution of the American psysche during the time; the first reality TV, the first punk bands, and even the nostalgia for the late fifties current at the time that would presage the later nostalgia for the '70s themselves. 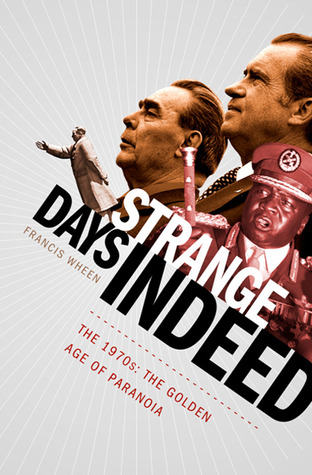 Francis Wheen makes a similar argument in his account of paranoia throughout the world during the 1970s, drawing upon popular culture, cinema, and literature to explore how the 1970s made the world we live in today.

Wheen’s book, which examines this ten year period through the lens of one its, arguably, most defining features; paranoia, paints a vivid and disturbing picture, yet one compelling in the similarities that can be found to the world today. Paranoia, according to Wheen, truly erupted onto the world scene at the time and his anecdotes involving Nixon, Mao, Harold Wilson, and Idi Amin illustrate how a deep fear of the future had haunted the halls of power throughout the world.

In addition, he describes the emergence of fears of a doomed economy, terrorism, growth in occult and conspiratorial beliefs, and other interesting themes. I particularly enjoyed Wheen’s citing of various period literature and cinema to illustrate his points, which really help to evoke the thoughts and feelings of the time. On the other hand, the variety of these diverse themes brought together in “Strange Days Indeed” under the overarching theme of paranoia can bury his arguments in these many interesting stories.