Monday, I attended one of the Twin Cities many author events, listening to the Canadian author Emily St. John Mandel discuss her book Station Eleven at the Stillwater Public Library, in the Washington County Library System. I do not often make it out this far east, sadly, so I had not yet been to this impressive library building before. A beautiful, impressive Carnegie Library building updated to serve the modern world, I would love the chance to explore the stacks and resources at my leisure in the future. Hosted by Club Book, one of the many free literary events hosted by local library systems, courtesy of the Legacy Amendment! Check out those writers coming up in the next few weeks!

The evening was a grey and chilly one, the historic town nestled into the St. Croix river valley under hazy clouds and quickly changing autumn leaves. Perfect for the approach of Halloween and a discussion of the end of the world. As I wrote recently in my book blog, I have been reading a lot of post-apocalyptic literature lately and Station Eleven was by far my favorite, and one which generates a lot of discussion, as I discussed here. When I heard that Emily St. John Mandel herself would be in Stillwater to talk about it, I was there! Listening to her discuss her writing process and reasons behind writing about this topic was inspiring. Why are people so interested in stories of the end of the world? Some of the theories Mandel has heard include the continued reality of economic inequality, divorce, or a longing for redemption. For us impermament beings, perhaps, it just feels like this “fraught world we lie in always seems like its ending.”

She chose to write of the world after the Georgian Flu and the end of the modern world in order to reflect upon her sense of awe at this world we live in, one in which we can talk to people on the other side of the globe instantaneously and travel there in a matter of hours. For a lot of people, myself included, much of this world seems so precarious, yet of course we always take it for granted the internet will still be working in the morning. As Mandel said, “every season brings a new wave of absolutely disastrous narrative.” It appears that, just last week, some weirdoes were predicting that last Thursday would be, for real, judgement day. I just saw a new article discussing which American cities would be totally underwater in a century or so. Whatever your background or belief system, it seems that the end of the world is a perennial interest of many of us; I know that I find myself pondering what the coming years will bring.

In Station Eleven, the cause of the collapse of the age of electricity is the Georgian Flu, a virulent epidemic that kills an estimated 99% of the population. Mendel said she chose an epidemic due to the apolitical, timeless nature of the threat- unlike a nuclear war, the political climate will not become dated. Plagues and epidemics are among the scariest threats, like earthquakes, it is not a matter of if, but when. People might dress themselves as the walking dead and drink a lot, as in the upcoming Zombie Pub Crawl this weekend, but the fear remains- not of zombies, but of germs.

One of the things that I liked most about Station Eleven is its realism, but also its hope, whatever comes, humans will survive, and more than survive. The novel’s arc words, “Survival is insufficient,” reflect this, as the members of the Traveling Symphony continue to travel the Great Lakes region performing Shakespeare. As a librarian, this is always the crux of my thoughts; how will we keep up, preserve, the cultural, artistic, and scientific achievements of this and earlier ages? Throughout Station Eleven, aside from the works of Shakespeare, one of the leading remains of our world that reminded was the small press graphic novel of Miranda, which was read and absorbed by surviving generations in very different ways. I am sure that, in coming centuries, this confluence of the St. Croix, Minnesota, and Mississippi Rivers will continue to remain a hub of human activity, and I hope that we can make it better and continue, not just to survive, but to thrive.

Before I left, of course, I had to purchase another of Emily St. John Mandel’s novels, which I look forward to reading soon!

Here are a novels that depict a post-apocalyptic world in the former Twin Cities; check them out at any of our local libraries! Let me know if you discover any others! 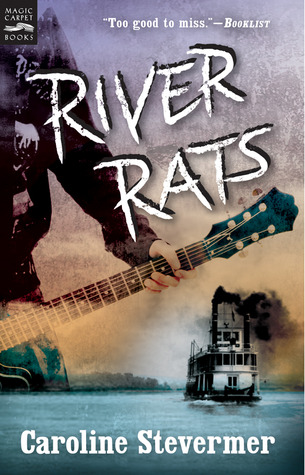 River Rats, Caroline Stevermer, 1992– a young adult novel set after a nuclear war, following a group of young traveling musicians as they travel up and down the Mississippi. The silent and empty ruins of Minneapolis and St. Paul are among the most haunting portions of the novel.

Bone Dance, Emma Bull, 1991 – An interesting cyber punk, post-apocalyptic urban fantasy (how often do you see one of those, especially in Minnesota?), Bone Dance doesn’t go right out a say it is set about a century after a nuclear war devastated North America, but there are plenty of hints to show where it is, including a climatic scene in the remains of the IDS Tower. 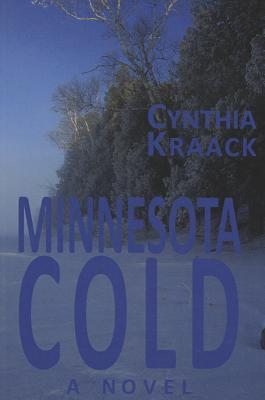 Minnesota Cold, Cynthia Kraack, 2009– This interesting novel depicts Minnesota after an another nuclear event, as an orderly but tyrannical rogue state, which I can describe only as North Korea as run by Target. It is interesting that I can still recognize aspects of the state in the author’s descriptions. 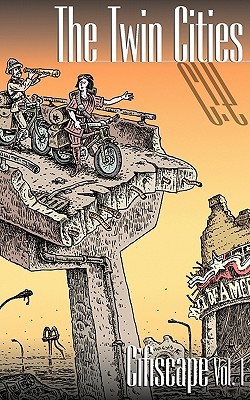 Cifiscape Vol. 1, The Twin Cities– This intriguing anthology of local speculative fiction has a post-apocalyptic bent. Most of the short stories and comics collected here depict the Twin Cities after some kind of collapse or dystopia. The cover image, from Ken Avidor’s Bicyclopolis is one of the most atmospheric images of an apocalyptic Twin Cities I’ve seen.